The frontal eye fields (FEF) are located along the superior lateral convexity and is part of the premotor area but also encompasses all of area 8 as well as portions of areas 9. As the name implies, the FEF is concerned with eye movements, and appears to program the corresponding primary areas so as to guide gaze shifts (Braun et al., 2006; MacAvoy et al. 2005) --that is, in conjunction with the superior colliculus and lower brainstem. 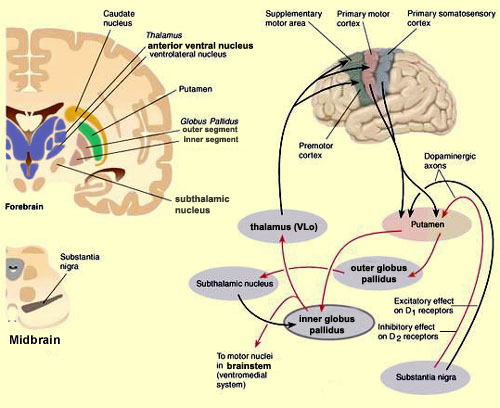 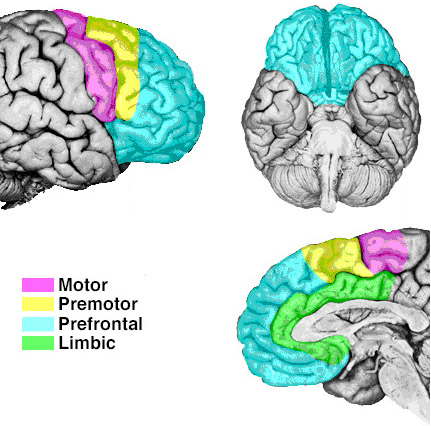 In addition to visual tracking and supporting focused visual attention, neurons in the FEF demonstrate anticipatory activity (Gottlieb et al. 1994; Pragay et al. 1987); that is, firing before a response is made. In fact, these neurons will continue to fire at a high rate until the behavior is initiated. Yet other cells begin to fire only when the waiting period becomes prolonged (Pragay et al., 1987). In this regard, neurons in the FEF probably exert a countering influence so that attention does not drift and attention and eye position remains stabilized and focused on the primary retinal target. 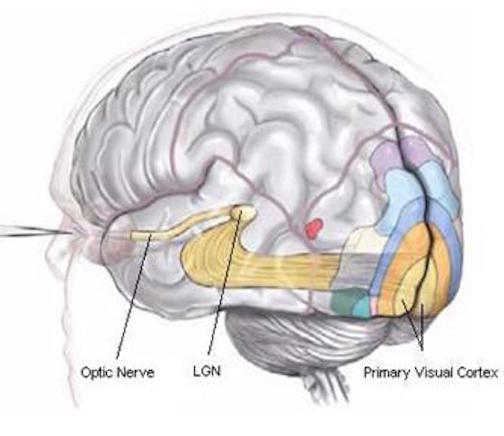 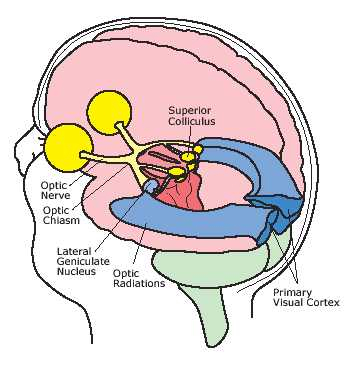 Electrical stimulation of the FEF results in complete saccades of the eyes (Barbas & Dubrovsky, 2015; Wagman et al., 2011), as well as pupillary dilation. Moreover, cells in the FEF will fire slectively in response to stationary and moving stimuli, to objects which are within arms reach, as well as to tactual stimuli applied to the hands and/or mouth (Rizzolatti, et al 2011ab). In fact, as an object approaches the face and mouth, some of these cells correspondingly increase their rate of activitity (Rizzolatti et al., 2011ab). Hence, cells within the FEF are highly involved in mediating sustained attention and orienting reactions of the head and eyes, maintaining visual fixation and modulating visual scanning, as well as coordinating eye-hand and hand to mouth as well as smooth pursuit eye movements.

Damage to the FEF can cause abnormalities in fixation, decreased sensitivity to stimuli throughout the visual field, slowed visual scanning and searching (Latto & Cowey, 2002ab; Teuber, 1964), inattention and neglect, as well as mislocation of sounds (Denny-Brown, 1966; Welch & Stuteville, 1958). Moreover, some subgroups of "schizophrenics" have been shown to suffer from smooth pursuit and sacadic abnormalities, which, based on neuropsychological tests, have been interpreted as indicative of FEF disturbances (O'Discoll, et al. 1995; Rosse et al. 1993).

With massive lesions, searching and responsiveness become so profoundly reduced that a complete unilateral neglect and failure to attend to any and all stimuli falling to one side of the body results (Heilman & Valenstein, 1972). Like confabulation, neglect is more frequently seen after right cerebral damage (chapter 10).

Even with less severe destruction performance on tasks involving Visual Search is disrupted (Teuber, 1964) as is attention to visual detail (Luria, 1980). If shown and asked to describe a complex picture, patients may focus on only one detail, neglecting the remainder of the array, or look about haphazardly (Luria, 1980). It is probable that individuals with certain types of dyslexia suffer from similar abnormalities involving visual search and synthesis.

With large lesions (particularly when involving the right frontal area), they may tend to make leaps of judgment and impulsively guess and describe the meaning of the whole based on the perception of a fragment. For example, focusing only on a "drummer boy" in a battle scene they may describe the picture as being about "musicians" or "a rock band". Hence, such patients may erroneously extrapolate from an isolated detail around which they construct and confabulate a conclusion (Joseph, 1986a).

In the extreme, rather than a true analysis they may produce irrelevant associations as they not only have difficulty analyzing and synthesizing the different components of a visual array (Luria, 1980) but in correcting their impressions via search and feedback. In these instances the lesion typically extends well beyond the FEF.

With extensive damage involving the FEF and convexity, not only confabulation but Capgras syndrome (false identification) and reduplicative paramnesia have been reported--particularly if the damage is bilateral (Alexander, et al. 2009; Benson, et al 2009; Hecaen, 1964).